006.29.4
-The Metroid Galaxy Guide is undergoing massive changes to it's infrastructure. This is cause for many pages to not be accessable. Please bare with us as we hurry to get the site back online as quick as possible.

006.27.4
-After a long search, the Metroid Galaxy Guide has finally found adequete bandwith to support the large number of travellers coming in every month. The staff here wants to thank each and everyone who has come and visited the archives here. We hope you continute to browse and enjoy what you find here.

We have also made a deal with some advertisers to help pay for some of the maintenece costs of the site. In the near future you will see changes around here for the better.

005.10.2
-To help aleveate some of the financial issues of the Galaxy Guide we have reopened the Federation Apparel Outpost. All proceeds from purchases will go directly back to the Metroid Galaxy Guide to help us pay for bandwith and web hosting. Checkup on the store as we will be constantly adding inventory to help sustain the needs of such a vast galaxy.

-Updated Lifeform Section. All data for the Tallon IV incursion has been updated and transmitted from Federation High Command.

005.9.3
-Updated Vehicle section. Individual starship data will be received within the next few millicylces.
Getting ready to open up a Metroid Galaxy Guide merchendise store, to help aleviate our bandwith problems.
All creature sections for Planet Aether (Light / Dark) have been updated.

005.6.9.
Biological data of the Blob Thrower has been added.

004.3.1.
Site is back up after being shut down due to bandwith over usage. METROID GALAXY GUIDE MOVIE TRAILER is back up under the MOVIES section.

003.10.27.1
BIOLOGICAL DATA has been found to have fomatting errors. High command has seen to it to have network repairs during the course of the next 5 millicycles to remedy this.

003.10.26.1
-003. TheBlackCat / Lead Scientific Field Researcher has completed his field study on every single lifeform on the Planet Zebes. Please read his biological reports under the LIFEFORM section.

003.10.9.1
Federation Command has seen fit to open data transmission into the METROID GALAXY GUIDE CENTRAL FORUM. Please join the Galactic Federation to create a better universe for all.

Temporary creature visual data has also been uploaded for all creatures pretaining to the Planet Zebes under BIOLOGICAL DATA.

003.10.2.1
Galactic Command has seen it fit to release 4 new sections which are to be updated as soon as possible: FEDERATION DATA, DOWNLOAD, HYPERLINKS, and MOVIES. Stay posted on the network for more developments as they unfold.

003.10.1.1
Due to a surge in our systems, prior requests to JOIN the Galactic Federation have not been transmitted properly. If you submitted a request to JOIN withen the past 7 millicycles, please take the time to resend your request. We apoligize for the inconvenience.

003.9.29.1
Galactic Federation Command has release information regarding Technological Data. Some information was garbbled during transmission. Technicians are repairing the code as of present.

003.9.28.1
Scientist are returning from the Outer Sectors with reports of new Astrological Locations: K2-L, Tallon IV and BSL Research Station, Their scientific findings will be transmitted once they have been approved by Galactic Federation Command. 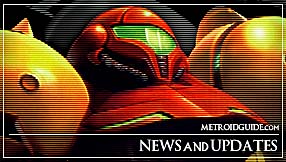